Another year—and more breathless change for us to learn about! We’re seeing a faster trend evolution than ever, given the pace of technological change these days and the global nature of our digital networks. Brands and marketers are now navigating an increasingly sophisticated consumer landscape.

After attending the 2018 Marketing Evolution Summit recently, here is just a small snapshot of a few of the most interesting trends, themes and phenomena to keep on your radar:

What will adulthood look like in 2020? A new generational cohort is emerging – one that marketers can’t ignore. Xennials, also known as New Adults, are a micro-generation, aged 30 to 45. They are older than typical millennials, but younger than generation X.

In advertising’s rush to woo millennial consumers, their older counterparts often feel overlooked, or alienated. An article featured in New York Magazine discusses: “For the good of both us old millennials and our young millennial siblings and friends, let’s stop acting like we’re all in the same boat.”

Having spent the last decade on the roller coaster started by the financial crisis, New Adults are now upending all the traditional markers of adulthood. The generation that popularized much of today’s hipster culture still seeks brands that are edgy and relevant but, today, they increasingly want a more refined and “adult” experience.

Brands connecting with New Adults include:

Why it’s interesting: By 2020, millennials will control around $1.4 trillion in spending in the United States, Accenture reports. It’s time for marketers to recognize and speak to this influential generational segment.

Why it’s interesting: The difference between Amazon and other advertising powerhouses—Facebook and Google included—is that Amazon is built to sell products, giving it an unparalleled view of what, how and when people buy. That’s valuable data for advertisers! But whether consumers will be happy to have their data used by those advertisers is debatable.

“Amazon is becoming a force in advertising,” said Martin Sorrell, CEO of WPP, the world’s largest advertising group. “Surrounding all of this for our clients is the question of who controls the data.” In September 2017, Amazon announced that a 360,000-square-foot office in Lower Manhattan’s Financial District would serve as a hub for its advertising unit. Fortune reported that Amazon would also create 2,000 new jobs in marketing, design, and product roles as well as data analyst and engineering teams.

After Google and Facebook, could Amazon be the third ad powerhouse?

Organic, natural, and sustainable attributes are increasingly becoming an entry-level expectation for consumers, rather than a luxury — and retailers are competing to offer these at knock-down prices.

Disruptive companies such as Brandless are already disrupting the grocery space with certified organic, vegan and non-GMO products at $3 each.

Amazon, on its first day of trading after buying natural groceries retailer Whole Foods, cut prices by as much as 43%.

Why it’s interesting: When it comes to food, drink and personal care, consumers are prioritizing items that are natural. As values such as organic and non-GMO become the new normal rather than premium, how will brands begin to differentiate themselves?

“Be the CEO your parents always wanted you to marry.”

“Losing weight is not your life’s purpose.”

These are the rallying cries of Bumble’s latest ad campaigns. What began as a female-first dating app has morphed into a women’s empowerment platform, with extensions into platonic dating app BFF, and Bumble Bizz, a female-centric LinkedIn equivalent.

And Bumble isn’t alone. Brands launched by female founders are using the intimacy of social media platforms, informal language, and the message of female empowerment to become your branded best friend.

Here, customers are part of a community that goes beyond retail. Fans of female-founded empires are not just buying into the product; they are supporting the story of the CEO, female entrepreneurship and the journey.

“Chatty, inclusive and intimate, this approach— predicated on the notion that a brand is your friend, thinks you’re special and is designing products especially for you—is the core narrative behind the rise of some of the most successful direct-to-consumer womenswear and beauty brands in the marketplace right now,” wrote Pandora Sykes in “How BFF Marketing Became the MO for Women’s Direct-to-Consumer Brands.”

On cue, Glossier’s makeup features not the customary product blurb, but personal reassurance: “We’re not out to make you into someone else or complicate your routine.”

Why it’s interesting: Entrepreneurs are the new celebrities—and women are the fastest-growing group. According to a 2016 report by the Kauffman Foundation, 40.6% of all new businesses are started by women. “BFF marketing” also speaks to the rising influence of social media’s language, style and informality on commerce.

Though retail brands have embraced social causes to connect with impassioned consumers, luxury brands have been slow to follow. But in an era with no shortage of tumultuous social issues, even luxury consumers seek to affect change through their purchases.

Why it’s interesting: With a mission baked into their business model, luxury brands are delivering high-end fashion through bold social change—proving that there is a market for both!

“Creators have been telling stories in non-linear ways for a long time,” says Carla Engelbrecht Fisher, Netflix’s director of product innovation. “If they’re telling stories in different ways, what we’re asking is what kind of stories can Netflix do that no one else can do? We’re not tied to the formats of cable networks; our ecosystem is built entirely for interactive devices.”

Fisher is talking about Netflix’s new interactive shows, where viewers can pick their own “branching” narratives! Starting with June’s Puss in Boots, viewers could answer questions to influence the direction of the story, such as “Should Puss fight [the strangers] valiantly, or chitchat with them over tea?” The story feels similar to a choose-your-own-adventure book—or a video game.

In October 2017, director Steven Soderbergh released the trailer for Mosaic, an interactive murder mystery show that lets viewers navigate through a branching storyline, controlling how the homicide investigation unfolds. Though the show can be navigated through its own app, it was also set to air as a linear miniseries on HBO in January of this year.

Experience, well-being and self-improvement have become the three pillars of consumer spending.

Increasingly, these are being blurred by new products, new services and, more recently, by new experiences. Airbnb Open, In Goop Health, WeWork Summer Camp, Dreamforce, and Live Your Best Life by Oprah are among the growing number of experiential, ticketed events that combine entertainment with mentorship, community building, discussion panels, retail and more.

Why it’s interesting: Events like these indicate the increased appetite for thought leadership and innovation among consumers. Today’s millennials are trying to launch businesses or work for progressive companies, while also focusing on being their best selves, from fitness, to intellectual prowess, to well-being. These events combine self-improvement with entertainment, networking and access to today’s influencers, who more often than not are tech leaders or start-up founders, rather than traditional celebrities.

Cannabis is undergoing a massive rebrand, shedding its stoner image to become part of a chic, wellness-forward lifestyle.

A recent report from cannabis-focused research firm The Arcview Group suggests that consumer spending on cannabis could reach $22.6 billion by 2021, up from $6.7 billion in 2016.

The market is changing as well. A June 2017 report from marijuana-delivery start-up Eaze found a majority of its customers were well educated and well paid. The most common income bracket (16% of respondents) was $100,000 to $149,999. “This is like fine wine, fine champagnes, fine cigars,” Cheryl Shuman, founder of high-end marijuana retailer Beverly Hills Cannabis Club, told Business of Fashion.

“It’s becoming more chic to talk about it. Like being part of a tribe, if you will.” In Los Angeles, where legalization will come into effect in 2018, users can take cannabis yoga classes such as Higher Self Yoga, or join the forthcoming Power Plant Fitness, a cannabis-friendly gym.

At Coachella 2017, one of the most buzzed-about experiences was a Marijuana Oasis several miles from the festival. In the vein of past years’ fashion pop-ups, it cemented the industry’s status as hip, upscale, and edgy enough for trendy millennials.

Cannabis products are visually rebranding to reflect their new market.

Why it’s interesting: According to a 2016 survey from the Pew Research Center, 57% of US adults believe marijuana should be legal, compared to 32% a decade ago. While marijuana remains illegal in the US at the federal level, legalization that will come into effect in California and Canada in 2018 opens two massive new markets. Retailers across sectors will benefit from watching this shift.

In 2017, augmented reality (AR) went from niche technology to must-have tech. Now tech giants are pushing AR into the mainstream. Tech giants are battling to own the future of AR, launching a slew of tools that aim to incorporate it into our everyday mobile use.

In June 2017, Apple unveiled ARKit, a toolkit that lets software developers build AR experiences for the iPhone. Google followed with ARCore, its competitor version for Android. “I don’t think there is any sector or industry that will be untouched by AR,” Apple CEO Tim Cook told Vogue in October 2017.

From providing consumers with more information to allowing them to virtually test products, new examples of AR can be seen in gaming, fashion, retail and marketing, with countless more on the way:

Why it’s interesting: Though AR came to prominence through the immensely popular Pokémon Go, it is no longer a game, but a serious feature poised to deliver real consumer benefits. “Over time, I think [these features] will be as key as having a website,” says Apple CEO Tim Cook.

The next billion consumers are coming online! Thanks to falling smartphone prices, they’re coming from emerging economies, dislodging the axis of innovation away from America and Europe to places such as Israel, India and China.

Emerging leaders are “building apps and services that respond to local needs, and in doing so, they’re building products for the future of the internet,” says Caesar Sengupta, Google’s vice president of product management.

“The next generation of global tech companies are just as likely to come out of a local coffee shop in Bangalore or Ho Chi Minh City as they are from Silicon Valley.”

Silicon Valley is responding: Facebook is partnering with telecom companies from Kenya to Myanmar to give subscribers access to its Free Basics, which give users some internet services without it counting towards their data plan, the New York Times reported.

Why it’s interesting: The next billion people online could change the way the internet works, with new apps and new hubs of innovation. Upsides include smarter grids and greater efficiencies. 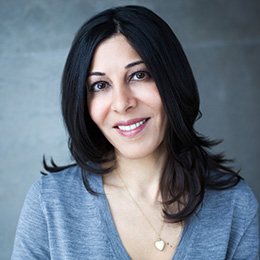 Chime Digital — Made with